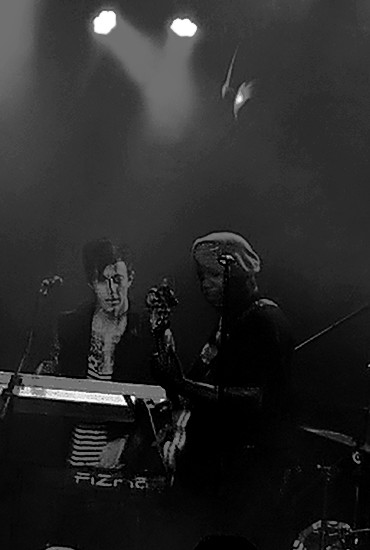 Rob Daiker is the keyboard player for Dan Reed Network. Although not part of the classic line-up, he has been a long-time friend and muscial collaborator with Dan Reed.

Rob started writing songs when he was 16, singing and playing all of the instruments. He toured the West Coast with cover bands for several years. He wanted to really understand music production and studied this intensely. In 1995, he recorded and released his first solo album, ‘Extract’. Dan Reed sang on one song, ‘Back to Love’, and produced another track.

Following this, Rob formed the band Generator, with Dan Pred and Blake Sakamoto. They released an eponymous album, and then changed their name to Slowrush, releasing the album ‘Volume’. Rob’s last big band venture was Velabonz – their final show was supporting Bon Jovi at the Rose Garden in Portland.

Production has been what Rob Daiker has become known for. He has his own studio, The Commune, in Portland. He has produced a Dan Reed album, and many other artists from Pacific NW bands, Fame Riot and Haley Johnson, to Katy Perry and Meredith Brooks. As Dan Reed’s often musical partner, he has played many shows in the Pacific NW and in Europe with Dan. His solo album, ‘Binary Affairs’ is released in June 2016.