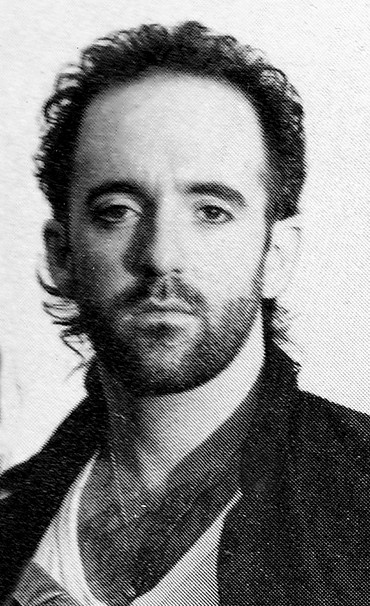 Rick DiGiallonardo was a member of the original line-up of Quarterflash, playing on their biggest hit, ‘Harden My Heart’, from their debut album. He joined Dan Reed Network as keyboard player, replacing Jeff Siri, and played on the first EP, ‘Breathless’.

At least we found time to go to the Oregon coast for this photo shoot. This shot was with our then second keyboard player Rick DiGiallonardo who was originally from a Portland band called Quarterflash. Rick composed the iconic keyboard riff on what would eventually become a DRN single called ‘Get to You’. We parted ways not long after this photo due to some of us finding Jesus while others seemed to always misplace Jesus 🙂 but I learned a lot about keyboard syncopation from this gentleman and his influence played a major role in how I approached writing keyboard parts after he left the band and even to this day. We were lucky to share the stage with him for a little over a year, and I am honored that the other four of us in this shot are still brothers, writing music together and performing live, now with our great friend, producer, and musical comrade Rob Daiker on the boards. Those were good times, but certainly no better than these times… plus now I don’t have to worry about hair products!Dan Reed Facebook Post November 19 2019