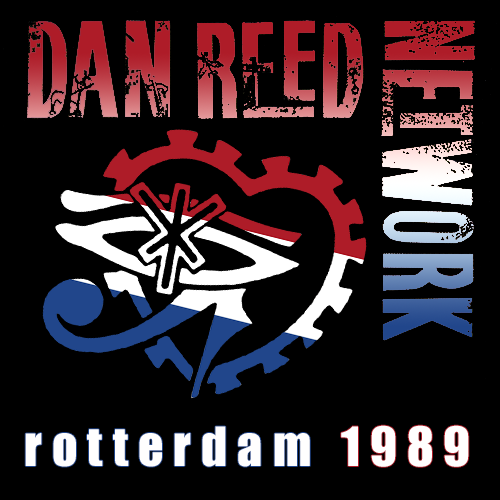 This show is taken from the Dan Reed Network support slot on the Bon Jovi 1989 – 1990 European Tour. Bon Jovi had just released ‘New Jersey’ and ‘Slam’ was newly released by DRN.

The show changed from the previous night in Paris. ‘I’m So Sorry’ was dropped, with ‘Get To You’ ending the show. ‘Rainbow Child’ was brought into the setlist.

This is an audience recording bootleg. Quality is a C.

The show was also professionally recorded. ‘Rainbow Child’, ‘Ritual’, and ‘Under My Skin’ were across various B-side versions of ‘Stardate 1990/Rainbow Child‘ Double A-Side single. ‘Forgot to Make Her Mine’ and ‘Tiger In A Dress’ were on the blue vinyl B-side of the ‘Lover/Money‘ double A-Side.

There is also an audience video recording of this show.