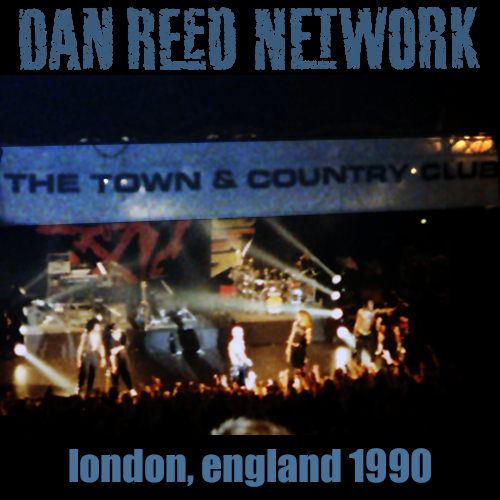 Dan Reed Network did a mini-tour of the UK, their second of 1990, amongst the Urban Jungle dates in support of the Rolling Stones. This included two shows at the Town & Country Club in London. This is the first of those shows.

I was at this gig, right at the very front of the stage. I was up in the balcony front row on the second night for a different experience. I remember the sleazy intro of ‘Mix It Up’ – the first time it had been played, and the way the band slow-burned their way into the gig

The setlist was a mix of old, new, covers, and just written songs, including the aforementioned ‘Mix It Up’. Future songs from ‘The Heat’ – ‘Salt of Joy’, ‘The Lonely Sun’ were previewed.

On top of that, there was a new cover – the Doobie Brother’s ‘Takin’ It To The Streets’ (the Birmingham show version officially released on Live At Last)

And there was more – the unreleased a capella ‘Woman’ (also on Live At Last from this gig) and another new song, which as far as I’m aware, has not been played anywhere else. It is called either ‘What Do You Want ?’ or ‘Make You A Star’. This song was not played at the Nottingham or Birmingham shows on this tour.

Special mention too for ‘Stardate 1990’ getting a live showing.

This day was Blake’s birthday, and you can hear us singing ‘Happy Birthday’ at the beginning of ‘The Salt of Joy’ – you can also hear this on Live At Last.

This is an audience recording bootleg. Quality is a C.