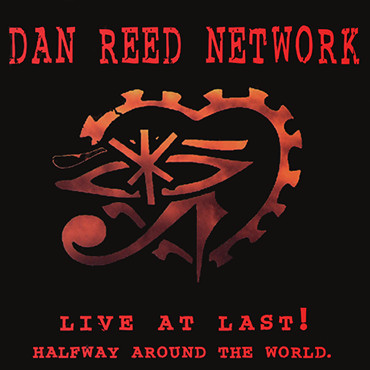 Released in 1997 through Dan Pred’s video production company Videomedia – it was only available by mail order.

The album is a real treat for DRN fans and is everything the Mixin’ It Up Best Of should have been – 2 CDs, 33 songs and a running time of over 2 and a half hours – and including unreleased tracks

This album takes in Dan Reed concerts across the world from 1989 to 1993 and features songs not on any album – “Color This Hour”, “Woman”, and “Takin’ It To The Streets” (Doobie Brothers cover).

A live video of the New Year’s Eve Portland Show in 1991 was also released as “Live At Last!”.

The track ‘The Salt Of Joy’ was recorded at the Town & Country Club, London on August 22 1990 – Blake’s birthday. I was at this gig, right at the very front of the stage. You can hear the audience singing ‘Happy Birthday’ at the beginning of the song (although the CD is incorrectly split – it appears at the end of track 5 instead of as the beginning of track 6).

Three limited edition posters were available – the artwork insert of the CD; a complete live show list; and a Generator poster.

A merchandise insert that came with the CD showed a re-connection of sorts of Dan Pred, Blake Sakamoto, and Dan Reed. The Adrenaline Sky Live in New York CD, Generator CD (produced by Dan Reed), and “Live At Last” VHS video were available to purchase from Videomedia.