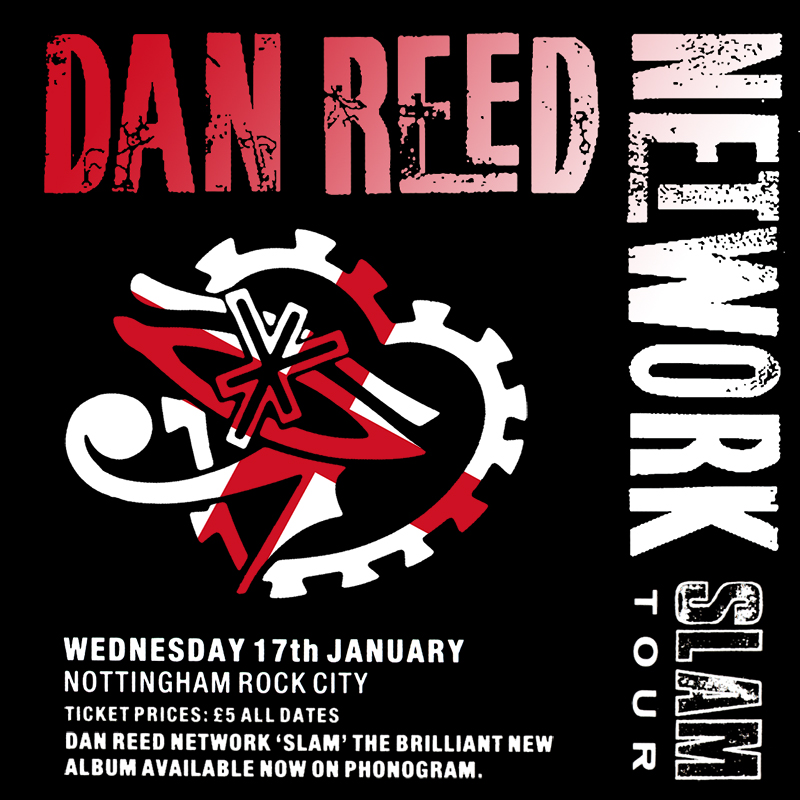 Straight after the European tour in support of Bon Jovi, Dan Reed Network stayed on UK shores for their own headlining tour, starting at Manchester International II – a show I was at the very front of the stage for, having already seen them twice with Bon Jovi at Wembley Arena.

This show is taken from the same week, at Rock City, in Nottingham.

This show is Dan Reed Network let loose with no constraints. A great setlist and performance. DRN already changed up the setlist from the Newcastle date.

Incredibly, ‘Get To You’ was dropped. It was replaced by Slam. The B-Side ‘Come Alive’ was added to the set. Furthermore, ‘Money’ was switched out for what has now become the usual show closer ‘Long Way To Go’ – long before it was recorded for ‘The Heat’. Dan had written this song in a hotel room in late 1989 and played it for the first time, presenting an hour of MTV Europe.

This is an audience recording bootleg. Quality is a B-. 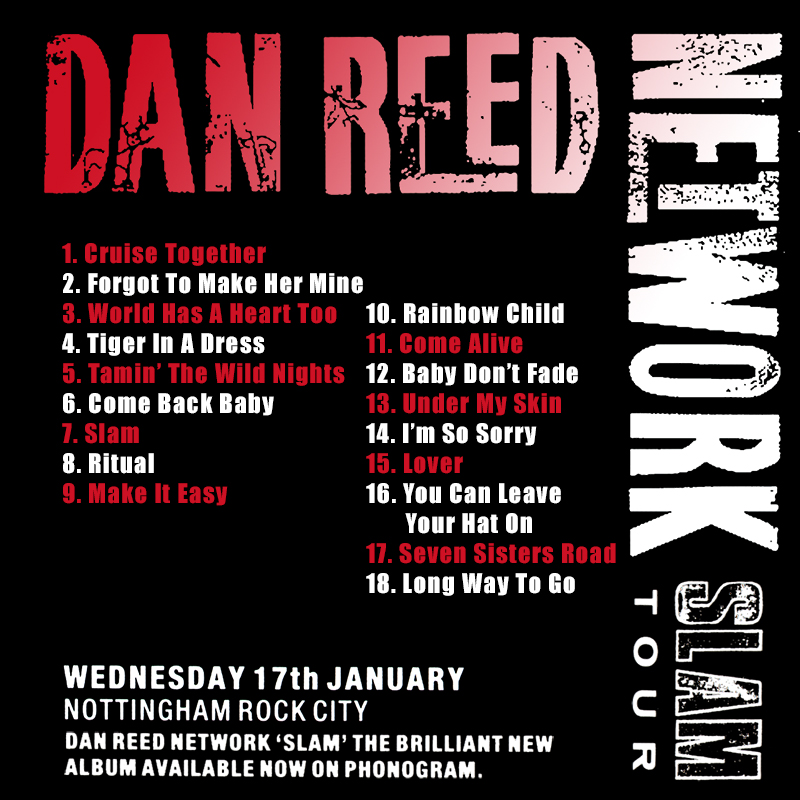