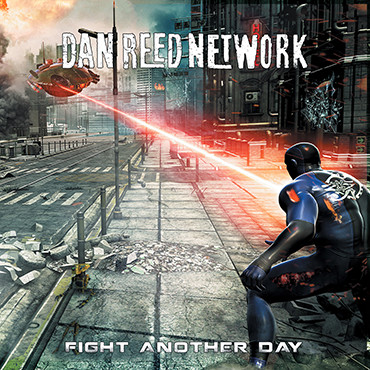 Following their return to live performances in 2012, and 25 years after the release of their last studio album, ‘The Heat’, Dan Reed Network did the impossible and recorded a new album.

Following the first reunion shows, and prior to recording this album, Blake Sakamoto left the band and was replaced by Dan’s long-time friend and musical accomplice, Rob Daiker, on keyboards.

The first single from the album is “Divided”.

The album was primarily recorded in Portland, Oregon at Falcon Studios and Rob Daiker’s studio, The Commune. Further production and engineering was done in Prague.

The track “Only Paradise” is exclusive to the Japanese CD release of the album. It has not appeared anywhere else.

The Japanese release of the album is in a jewel case with booklet insert. All other worldwide versions of the CD are a digipak.

The album artwork is by Graeme Purdy Bell of Planet Twig.

Videos were made for nearly half of the album. They were released on the ‘Champion’ DVD.