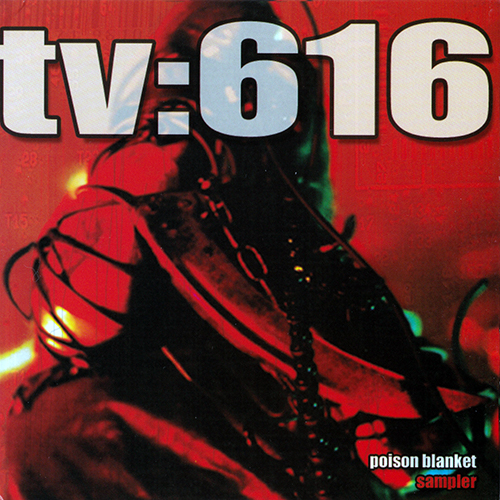 TV:616 were a ‘post-modern’ hard rock band from Portland, OR.

However, this remix only appeared on the TV:616 Poison Blanket Sampler CD.

It’s a song by the great Portland group ‘TV:616’ they asked me to remix. I added some musical bells and whistles, mixed and edited this version 🙂 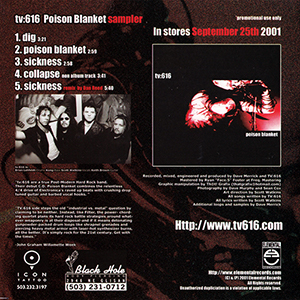 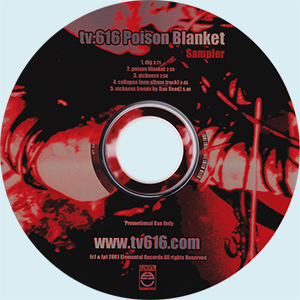