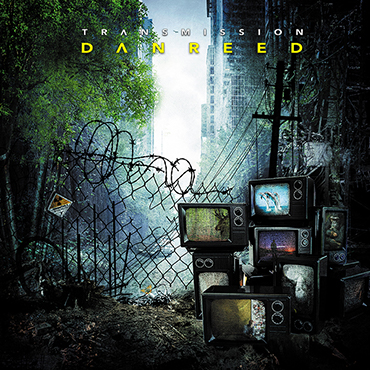 With Dan self-producing his third solo album, there was a change in sound, and a more introspective sound.

“What Dreams May Come” was written as a tribute to Robin Williams, following the death of the actor in 2014.

“Anywhere But Here” was previously written, and recorded in Dan’s incarnation as G-13/Odyssey.

“She’s Not You”, were originally demoed and on early tracklistings for “Signal Fire”, before appearing acoustic on “Transmission”.

Dan dedicates this album to his son, Joshua Thomas Reed.

The CD was funded by fans through Pledge Music, and reached 139% of the original goal. Incentives included handwritten lyric sheets, personalized video messages, signed CDs, having your name in the CD liner notes, a download of “Transmission” demos, and oil paintings by Dan.

The cover artwork for the CD was voted on from a selection of three options by Pledge Music fan contributors. The final artwork was produced by Graeme Purdy Bell.

Dan Pred filmed and directed the video for “Drive” on the streets of Portland. A performance only video was also made.