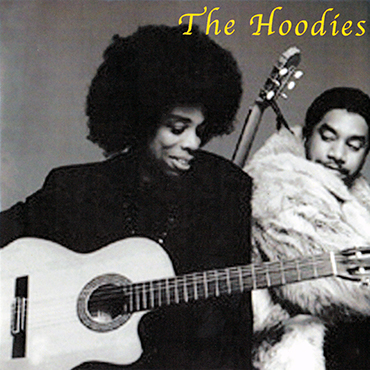 The Hoodies was a music venture with super producers/songwriters Brion James and Terry-T Butler.

This CD produced via the now defunct MP3.com (at least in the guise it was) was called a D.A.M. (Digital Automatic Music) CD

It contains CD Audio, a folder of the mp3s, and a multimedia section containing a software player, and a few biog details.

It is long out-of-print.

“Like A Number” was recorded by Brion on his solo album “Snorkle Test”.

“Can We Rock Rock!” was recorded by Brion on the remix of his solo album “Snorkle Test”.

There was once a supporting website at www.nakedsoulmusic.com (now defunct) that featured flash animations with each song.