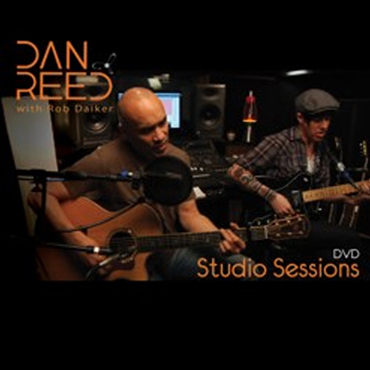 Shortly after the release of “Coming Up For Air”, Dan recorded this acoustic set with Rob Daiker, on location at Rob’s Commune Studio in Portland, OR.

The DVD was filmed and produced by DRN drummer, Dan Pred and his video production company, Videomedia.

This is the first appearance of a song called “She’s Not You”, co-written by Dan Reed and Daryl Savage, a friend of Dan. It was originally planned to appear on Dan’s second solo album.

Dan introduces each song with an explanation of how and why it was written.

The DVD can be played track by track, or straight through, with or without the intros by Dan