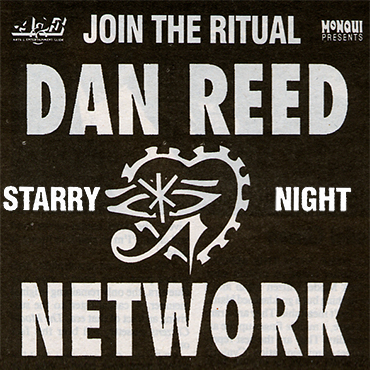 This is a radio broadcast recording of Dan Reed Network at the Starry Night theater (later renamed as The Roseland) in Portland, OR in 1988.

The radio broadcast was by Q105 (Portland) radio. This was the second of two nights at The Starry Night theater.

There is also an early version of “Love Don’t Work That Way” that eventually ended up on “The Heat”.

This single disc is a shortened version compared to the previous night’s recording.

But I’m grateful he did beacuse it turned out to be a treasure trove of the history and alternate future of DRN.