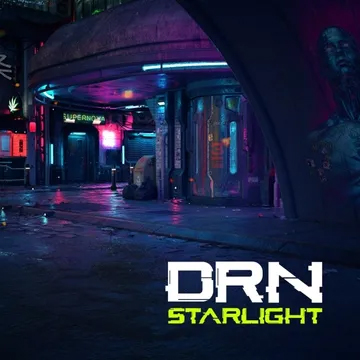 The lead single off the forthcoming new Dan Reed Network album, “Let’s Hear It For The King” is the AC/DC tinged “Starlight”.

‘Starlight’ was partly recorded at Hansa Studios in Berlin, as part of the ‘Origins’ recording sessions, in front of an audience, and their chanting features in the song.

The video was produced and edited by Dan Pred. The band shots (except Dan Reed) were filmed in Portland in September 2021. There are also sequences taken from the Dan Reed Network movie “Supernova”.

There was no physical media release of this single – digital download or streaming only.

The video was released to Patreons at The Stardate Collective 24 hours early on October 20th 2021.

The Fire Artists in the video are Tyler Spades and Zelah Sonada from Portland, Oregon.

The video had over 12,000 views on YouTube within the first 5 days of it’s premiere.

Dan Reed had made pre-announcements before this announcement on Facebook on October 19th 2021.

‘Starlight’, DRN’s first single off our new album is coming out this Thursday and we are all excited to hear your thoughts!

Below are LINKS for the Video Premier and for saving it to your varied streaming services. If you dig the track on Thursday please take a moment to like, share, comment, stream, scream 🙂 We really appreciate you helping spread the word on an album we in the band feel is our best foot forward since our very beginnings.

Wishing everyone a beautiful evening… and thank you listening!

Video Premier is at 12pm UK time this Thursday!

(Link removed – it is part of the main page).

You can also ‘Pre-Save’ the single on your streaming services if you like!
Here is the Pre-Save Link for the single:
https://bfan.link/starlight-1

Dan posted this photo from the Hansa recording session in Berlin:

Here’s a photo from when we recorded Dan Pred’s drum parts on this track and the chant vocals singing the ‘Ahs’ on the intro, break and outro with everyone in Berlin during the ‘Origins’ recording sessions! What a magic day that was recording at Hansa Studios. 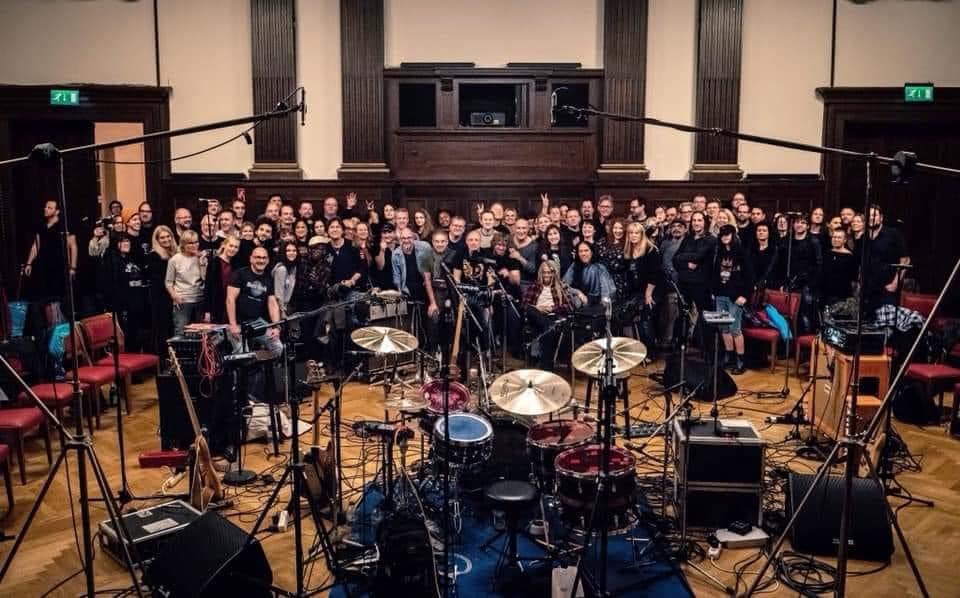