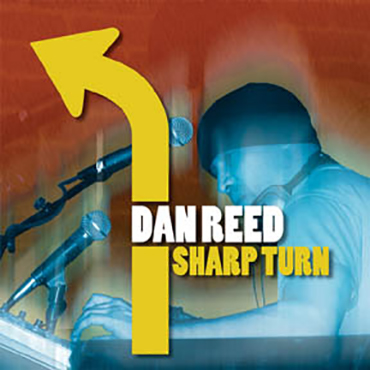 After over 4 years of ‘Coming Soon’ announcements by Eon Records, Dan Reed finally returned to music in 2004 with the Sharp Turn EP – an exclusive digital-download only release.

“Sharp Turn”, was available exclusively as a digital download from iTunes, Napster, MSN Music and more.

Previous announcements of Dan Reed as Odyssey or G-13 no longer happened, as this was released with the artist name ‘Dan Reed’.

The music is a continuation of the ambient electronic sounds Dan Reed created as Odyssey at the Portland nightclub, Ohm.

The only song carried over from earlier recorded sessions is “Heaven”. However, this new version has had some extra sounds added. The original version can be found on the unofficial compilation, “Standing Eight Count”.

Unfortunately, one other track from those earlier sessions has been left off the EP – the simply amazing “Anywhere But Here”. It was eventually re-recorded by Dan, appearing on “Transmission”.

“Sharp Turn” and “Heaven” were re-recorded by Dan Reed Network and appear on “Fight Another Day”.

“Sharp Turn” and “The Rush” were re-recorded by Dan Reed on his solo acoustic album “In Between The Noise”.

It is no longer possible to download or stream this album from any service.

The only way to hear it now, is if you were able to download it from the streaming services. You know I did.