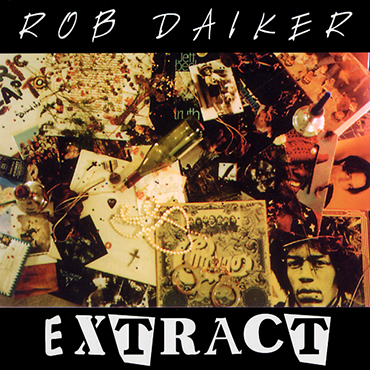 Rob Daiker’s first album ‘Extract’ was recorded between December 1994 and June 1995 at Falcon Studios (where Dan Reed Network recorded ‘Fight Another Day’ in 2016.

Dan Reed was involved in the creation of this album – producing, and doing additional arrangements on ‘Stay With Me’ – the track has a Dan Reed Network feel to it.

Dan Reed sings lead vocals on ‘Back To Love’ – this song could comfortably sit in Dan Reed’s solo catalog.

Myles Kennedy, of Alter Bridge, and Myles Kennedy & The Conspirators (with Slash), sang lead vocals on ‘G.M.I.’ and did additional arrangement on the Dan Reed track ‘Back To Love’.

The album is a mix of pop, funk, and rock.