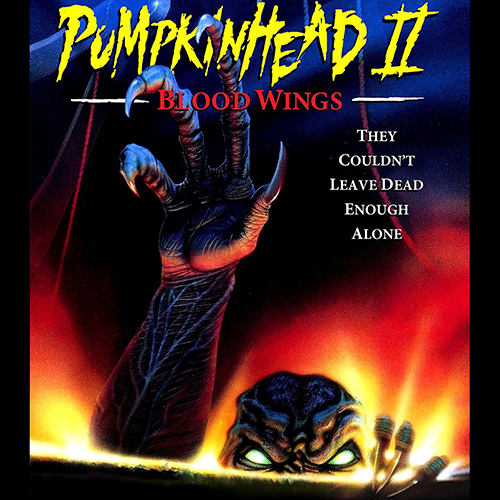 This needs a little verification – I guess I should watch the movie – but the song “Go Away” was recorded by Dan Reed under the name ‘Rat’s Nest’. Or it may be another Hypedreamz band entirely.

“Go Away” has never been released on any format outside of the movie, on VHS, DVD, and Blu-Ray.

Both songs were recorded at Hypedreamz – Dan Reed’s production company.

“Free Fall” was released on Dred Serious’ eponymous debut album, on cassette only, on the Hypedreamz label.

On the IMDB page for the soundtrack of Pumpkinhead II, Hypedreamz is incorrectly listed as Hype Dreams. The song is published through Dan Reed as Mind and Body Music.

The DVD from the Shout Factory label went out of print in 2020.