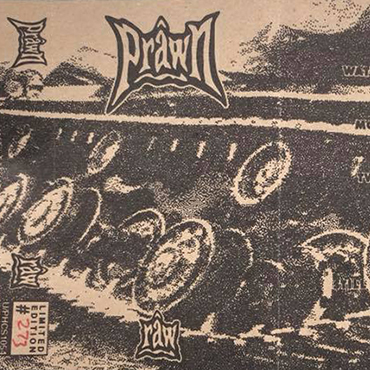 Following the quiet going away of Dan Reed Network, Melvin joined Prawn, in Portland, OR in 1994.

Prawn is made up of Melvin on bass, Malcolm Jackson on Vocals & Guitar, David Olajide on guitar, and Frank Mill on drums.

Two other tracks, ‘Soul Free’ and ‘Goin’ Insane’ are not included on this album. They were released as a 7″ that was part of a boxset of three 7″ singles entitled “Contents Under Pressure – 21 Inches of Vinyl”.

Thanks to Andrew Gilling for making me aware of this album – I was unable to confirm it’s existence until he showed a copy on Facebook.

Then I realized I have however, have a Prawn cassette tape somewhere in my garage – not sure if it is demos or the album. I seem to remember someone sending me one.

This cassette album was only released locally in Portland, OR.