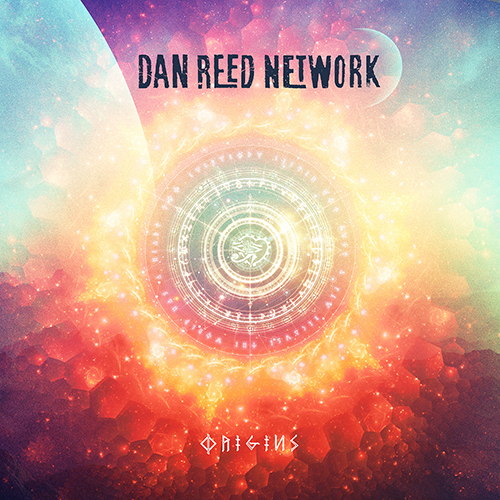 The recording of “Origins” was very different to anything that has come before, and probably unique among any recording artist.

All eight tracks were recording at live studio recording sessions with an audience of supporters in the room. For this first album recorded in this way, two tracks were recorded at each session – one new song, and one re-imagining of an ‘old’ song. There were 4 live recording sessions. The audience at each session witnessed tracking of drums, bass, guitar, keyboards and vocals. But more than that, they participated, providing backing vocals for each song.
“Fade To Light” and “Ritual” were the first two songs recorded in this way – at Blueprint Studios, in Manchester, England on December 2017.

“Right In Front Of Me” and “Forgot To Make Her Mine” followed on May 12 2018 – recorded at the famous Power Station in New York City.

A week later, on May 18 2018, Dan Reed Network returned to their hometown of Portland, Oregon. At Nia Studios, “Shameless” and “Let It Go” were recorded. I was, of course, at this session, with my daughter, and a bunch of friends.

The final two tracks, “One Last Time”, and “Rainbow Child” were recorded at ‘Radiohuset’ at Swedish Radio STUDIO 4, in Stockholm, Sweden, on July 14 2018.

In November 2018, Dan Reed Network toured the UK on the Origins Tour, with an exclusive Networkers Album Listening Party in London on the 24th November.

There is more to come on a future album. The next live studio session was recorded in December 2018, in Berlin Germany, at the famous Hansa Studios.

The album artwork is by Graeme Purdy Bell of Planet Twig.

Look closely at the ‘Icelandic’ runes on the cover – they spell out “Everybody Listen Not Just A Few Because The World Has A Heart Too”.