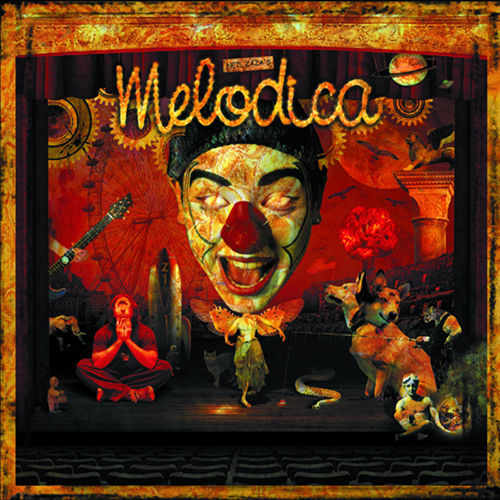 When I first added this song to the original Seven Sisters Road website, it had not been completed.

Neil Zaza, an incredible melodic instrumental rock guitarist, had recorded a cover of “Forgot To Make Her Mine”. And – the backing musicians are a certain Blake Sakamoto, Daniel Pred, Brion James and Melvin Brannon.

Neil is a huge Dan Reed Network fan; his connection with Dan Reed Network started when his then band, Zaza, opened for DRN in Cleveland in 1988. Neil loved DRN from the moment he heard them and has been a lifelong fan ever since.

Following the concert, he became friends with the guys. Blake played on his 1992 album “Thrills & Chills”.

Neil then decided to cover the Dan Reed Network song “Forgot To Make Her Mine”. He asked Blake if he’d like to join him on it, and Blake suggested getting the rest of DRN to join in.

The song was recorded at Portland’s White Horse Studio.

I got to talk on the phone with Neil about this project. At that time, all that was waiting to be done was for the song to be mixed by Neil and Blake.

I was then lucky enough to hear a rough cut of the song (Thanks Neil). The arrangement is different and it even finishes with live strings. Neil was hoping to get Dan to add the intro line “Hey Neil, Gimme some of that there guitar” before final mixing, but it wasn’t to be.

AK : Have you seen them (DRN) play a few other times ?
NZ : Yeah, they came through Cleveland a few times, and I saw them, and of course, every time they got better and better. It’s a funny story, when we opened for them, the band was Zaza, we were always very cocky about how good we were. We were like – “you want us to open for you, yeah we’ll blow you away”. We got to soundcheck, and I hadn’t heard of them, this was when they were first coming up, and I’m like, “we’ll annihilate these guys.” After I heard their soundcheck, I called my girlfriend, and I was like ‘Oh My God, you’ve gotta get here and hear this band. This is the best band I’ve ever heard in my life.” It was very humbling to open for them.

I went to Portland, to record it at this place called White Horse Studios, and Melvin flew in, Pred was already there, and Blake and I. We cut the basic track, and then there’s a guy that Blake was in Generator with, Rob (Daiker). He helped out, he did some tech stuff over the end and different parts of it.

Brion recorded on an ADAT in L.A. and he sent that in, and the only one unaccounted for at the moment is Dan, and he’s supposed to do a little intro – he’s supposed to say “Hey there Neil, gimme some of that there guitar stuff”. That will be the biggest kick of the whole thing for him to say that.

The final mix of the song was finally released in 2004 on Neil’s album, “Melodica”.

A Backing Tracks CD of the album is also available.