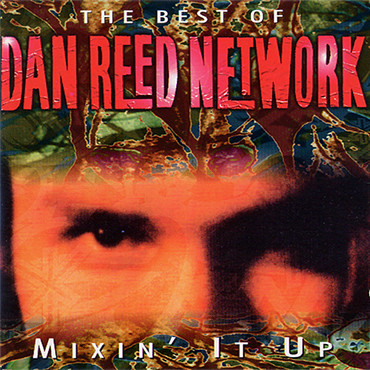 Released in 1993 to fill a gap before the 4th album was to have been recorded, Mixin’ It Up showcased Dan Reed Network and fulfilled their record contract with Phonogram / Mercury.

Nearly half of the album (7 of the 16 songs) comes from the 1st album.

Following a NAMM jam session with Dan Reed and Nuno Bettencourt (of Extreme) – the latter remixed “Get To You” and played acoustic guitar on “Long Way To Go”.

“Stardate 1990” was only released as a single, and was not previously on any album.

The album was only released on CD & Cassette – there was no vinyl release.

The remix of “Get To You” was released as a CD single in Australia and Europe, but not in the UK or US.

Dan Reed Network toured the UK in support of this album in 1993, and played, what would turn out to be their last gig at The Garage in London. That is, until the reunion in 2012