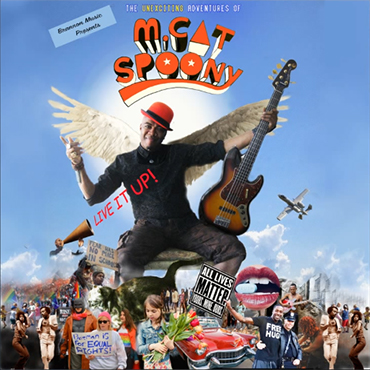 This is a completely new recording of the song ‘Live It Up’ – Melvin originally recorded it and released it in 2007 on MySpace.

“Yes Yes YES Folkz!!!
The time has come to let Go of your worries, Release yourselves from the day to day stress of that 9 to 5, and Get into the Guaranteed Good Times of M.Cat Spoony’s (aka Melvin Brannon Jr) Debut Single LIVE IT UP! This record will NOT disappoint, so PLEASE listen responsibly, Turn This Sh-t Up and Let’s RAISE THA Roof$$$!
THX 4 Listening”.