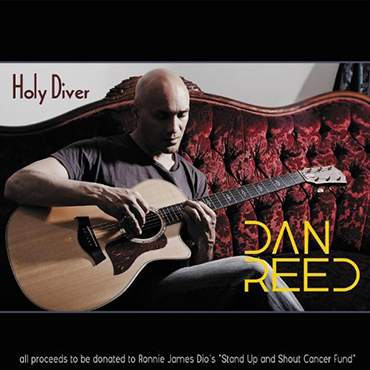 Shortly after the death of Ronnie James Dio, on May 16 2010, Dan added an acoustic version of the Dio Song, “Holy Diver” to his set on his UK and European Tour.

In 2011, Dan Reed, recorded the song, and released it as a Digital Download, with proceeds from the sale of the single going to Ronnie James Dio’s ‘Stand Up & Shout Cancer Fund’.