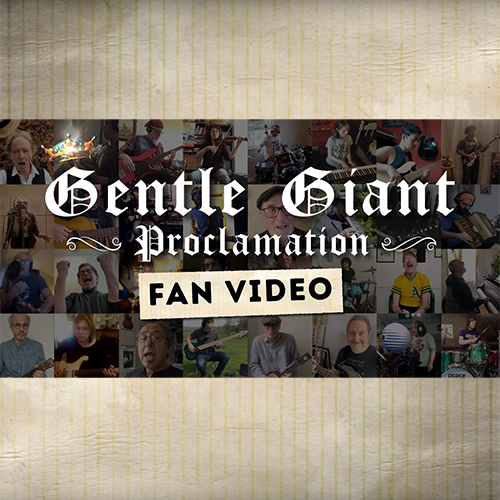 Dan Reed sang a couple of lines on this ‘quarantine’ version of the prog rock band Gentle Giant’s ‘Proclamation’.

I had the great honor and pleasure to be invited to sing a couple lines on ‘Gentle Giant’s Fan Video’ for the masterful song ‘Proclamation’ directed and edited by Noah Shulman, the son of lead vocalist Derek Shulman, who was the man responsible for signing DRN to Polygram all those many years ago. Check out this work of art by Noah… and it’s simply great seeing Derek back on the mic! Do I sense a Gentle Giant Reunion Tour?!! That would be awesome 🙂

Fans from around the world celebrate their love of music and Gentle Giant with their renditions of “Proclamation” from the album “The Power & The Glory”.

This video also marks the first time in 40 years that all members of Gentle Giant appear on screen and play together in a ‘virtual reunion’.

Music is a universal language that brings people together. Thank you to all the fans around the world for helping to make this happen.
-The Boys in the Band
—
Directed and Edited by Noah Shulman
Sound Mixing by Ray Shulman
www.gentlegiantband.com