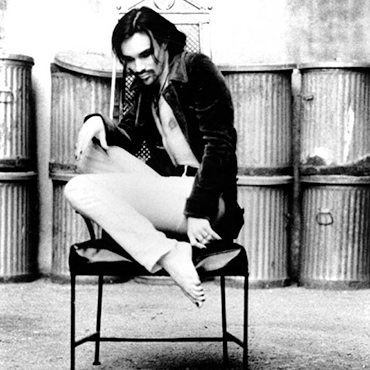 After Adrenaline Sky, Dan took another sharp musical turn, creating electronic music, and owning a Portland music club, ‘Ohm’. G-13 was born of this and were signed to Eon Records.

Two songs were recorded and released on an Eon Records CD Sampler in 1999 and were made available to Dan Reed Network fans via an unofficial production of a DRN B-sides CD, “Standing Eight Count”.

The G-13 album had a working title of “Oceans of Sand”.

G-13 was renamed as Dan Reed’s Odyssey and they played at Dan’s Portland club – Ohm. Dan had (apparently – I read it somewhere) signed with Doc McGhee to manage him (ex-Bon Jovi manager until he received a jail sentence for drug-pushing) and apparently, major labels showed an interest.

Eon Records then listed the new Dan Reed album as being available in early 2002, then 2003. It was titled “Untangled Daydream” by Odyssey.

Eventually, in 2004, Dan Reed released a digital download of the “Sharp Turn EP” on Eon Records.

Previous announcements of Dan Reed as Odyssey or G-13 no longer occurred on the Eon Records website.

The only song carried over from the G-13 / Odyssey recorded sessions onto the “Sharp Turn EP” was “Heaven”. However, this new version has had some extra sounds added. The original version can be found on the unofficial compilation, “Standing Eight Count”.

“Heaven” was later resurrected and re-recorded by Dan Reed Network in 2016 and appears on “Fight Another Day”.

“Anywhere But Here” later found an official release when it was re-recorded by Dan Reed, appearing on Transmission.