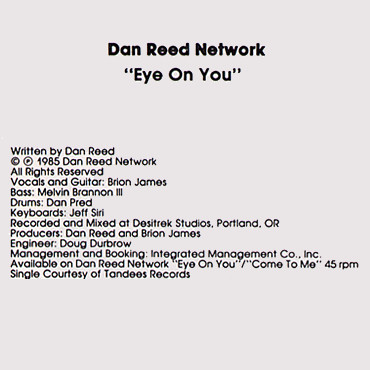 Recorded by the original Dan Reed Network line-up of Dan, Melvin, Brion, Dan Pred, and Jeff Siri on keyboards, this 7″ single was released in 1985 on Tandees Records only in the Portland, Oregon area. The version is quite different to the version that appears on Breathless.