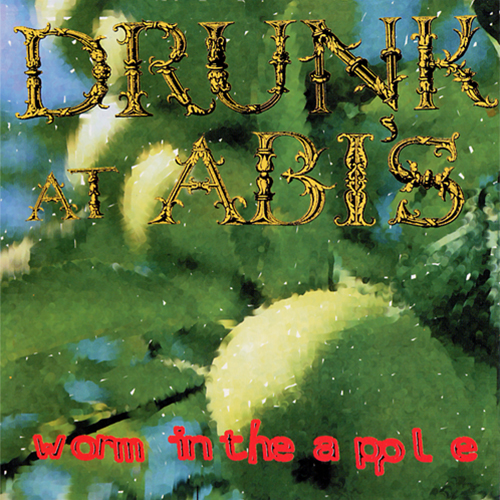 The connection here is tenuous at best because I have only found one reference in connection to Dan Reed. But, unless Dan can confirm or not, I’ll add this here. The only other connection I can make that may add some credibility is that this album is produced by Tony Lash – he also produced Monde La Bella with Dan on the Hypedreamz label.

Along with Hypedreamz, according to Two Louies Magazine, Dan Reed started a record label called Thrive. Only one record was released, and Drunk At Abi’s “Worm In The Apple” was it.

This album was released on cassette and CD.

The music is alternative rock.

Dan Reed is not mentioned anywhere on the packaging.