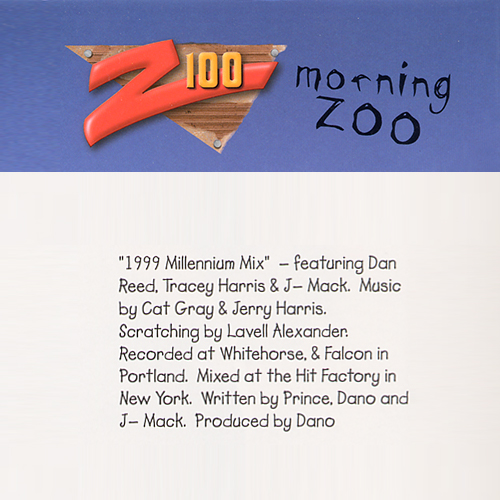 1999 (Millennium Mix) is indeed a cover of the Prince song – with vastly updated and cynical lyrics – turns the song on its head rather than a bland facsimile.

This set – the “Z100 Morning Zoo 15 Years of Crap” 3 CD and 1 DVD set was only available locally in Portland record stores, or from the Z100 Portland website. It also featured the “Bust A Bucket” video and “Pride of Portland” video on the DVD.

Other than this release, I do not know how the song was originally made available, if at all. Maybe it was just played on Z100.

This version was written by Prince, Dano and J-Mack.

J-Mack raps on “Bust A Bucket“. 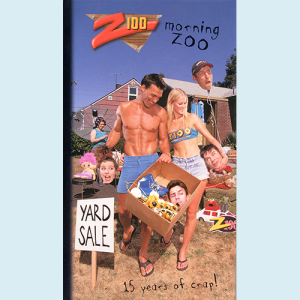