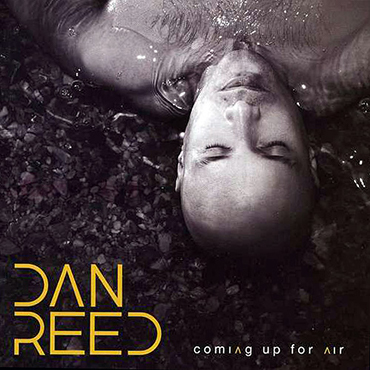 Following Dan’s return to Portland in 2008, and new musical direction, he played numerous shows in the Pacific NW, US west coast, and Europe.

This album was created and recorded across several studios in Jerusalem, Israel, Portland, Florida, and Vancouver, Canada.

During the summer of 2009, Dan started recording final tracks for ‘Coming Up For Air’ at ‘The Commune’ – Rob Daiker’s studio – in Portland, OR.

One track dropped from early sessions was called ‘I Don’t Know’. This track found the light of day on a charity compilation CD Rock For Japan.

Another song from these sessions but not recorded was called “Daylight”. Dan Reed played it at shows in Portland in the summer of 2008.

“The Dictator” is built around the incredible speech by Charlie Chaplin from his 1940 movie, “The Great Dictator”.