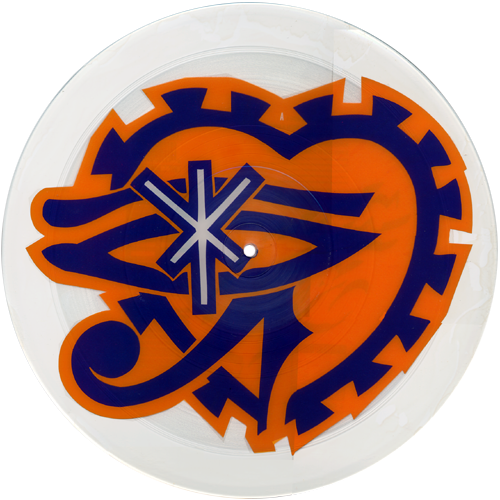 This rare uncut shaped picture disc is actually a test pressing where the shape has not been cut from the clear vinyl. I originally thought it might be the only copy in existence because I had not come across it anywhere else, but then found one featured on discogs.com

“Thy Will Be Done” on the vinyl fades in. This is different to the version on “The Heat” where it is faded into from “The Lonely Sun”. This latter version is used on “Anthology” also, rather than the single version here, which would have served better than the abrupt ending to the sound effect.

“Stronger Than Steel (Unplugged) is Dan solo, on the piano, singing the song. A snippet of “All My Lovin'” is part of the song. It is produced by Clark Stiles (“Live Or Die – Get Deep”)