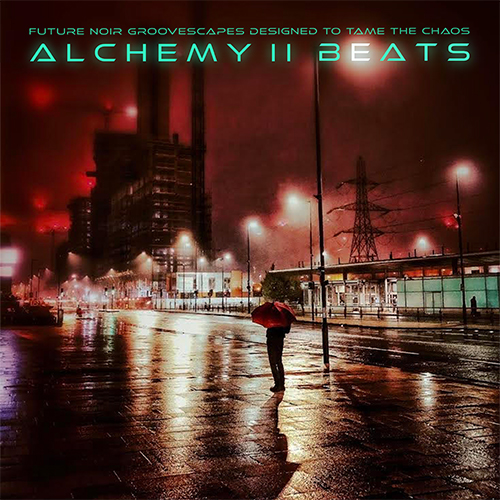 The second Alchemy release from Dan Reed was only released digitally – there was no physical copy. Downloads were available in .mp3 or .wav format.

‘Alchemy II – Beats’ is the newest collection of primarily instrumental future noir groovescapes composed, performed and produced by Dan Reed. This record was the logical step forward from 2018’s self titled ‘Alchemy’ ambient meditation album, except this time around Reed has infused soulful rhythms, punchy bass lines, and off world synth musings. There are also a few ambient vocal parts on a couple of tracks and a few tasty guitar moments. There is one co-write with bassist Bengt Jonasson entitled ‘Departure Gate 7’ where you will hear the heartfelt bass melodies of this incredibly talented artist from Stockholm, Sweden.

This album was designed for long drives, working at home, exercising, creating art, deep meditation, or just dancing around the house with reckless abandon!

Five of the ten tracks have thought provoking and eye popping videos Dan has created to accompany the music and also deepen the intention of what inspired this album’s creation.

“I tend to think of creating videos for these tracks as painting with light… sampling, legally, the creations of artists all around the globe, and finding the story the music cries out to be told.” – Dan Reed

Both pain and pleasure, and contemplation of the importance of both as equals are represented on ‘Alchemy II – Beats’. We hope this album will bring those who listen some solace and a welcomed break from the challenging times everyone experienced this last year.